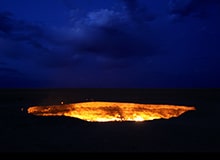 Classical Opera’s London season concludes with the company’s first ever performance of Mozart’s complex masterpiece, considered by many to be the greatest opera ever written and described by E.T.A. Hoffmann as ‘the opera of all operas’. A thrilling international cast is headed by the exceptional South African baritone Jacques Imbrailo as Don Giovanni.

The inveterate seducer Don Giovanni has just made Donna Anna his two thousand and sixty sixth conquest, but when he is interrupted by her father before he can complete his escape events start to spiral inexorably and irredeemably out of control…

This concert performance is of the original Prague version of the opera, and will be sung in Italian with English surtitles.

*Please note there have been two cast changes since the season brochure went to print.