Following Ian Page’s highly acclaimed ‘Mozart in London’ weekend five years ago, The Mozartists celebrate the 250th anniversary of Mozart’s first trip to Italy in 1770 with the first ever major retrospective of this important and formative year in Mozart’s life. Italy was still widely regarded as the home of opera, and in coming there to further his studies Mozart was following in the footsteps of such esteemed compatriots as Handel, Gluck and Johann Christian Bach. The tour lasted for over a year, culminating in the triumphant première of Mitridate, re di Ponto at the Teatro Regio Ducale in Milan on 26 December 1770.

THIS CONCERT
This concert features highlights from two operas that had a significant influence on Mozart when he was composing Mitridate, re di Ponto. On 30 May 1770 he attended a performance in Naples of Jommelli’s Armida abbandonata, and the programme includes three magnificent arias from this opera. In the second half we provide fascinating comparisons between Mozart’s music for Mitridate and corresponding arias from Gasparini’s 1767 setting of the opera, comparisons which strongly suggest that Mozart must have been familiar with Gasparini’s version. 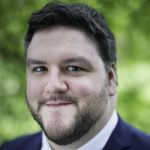 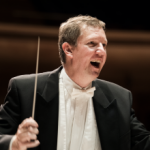