Signum Records to release reissue on 14 May 2021 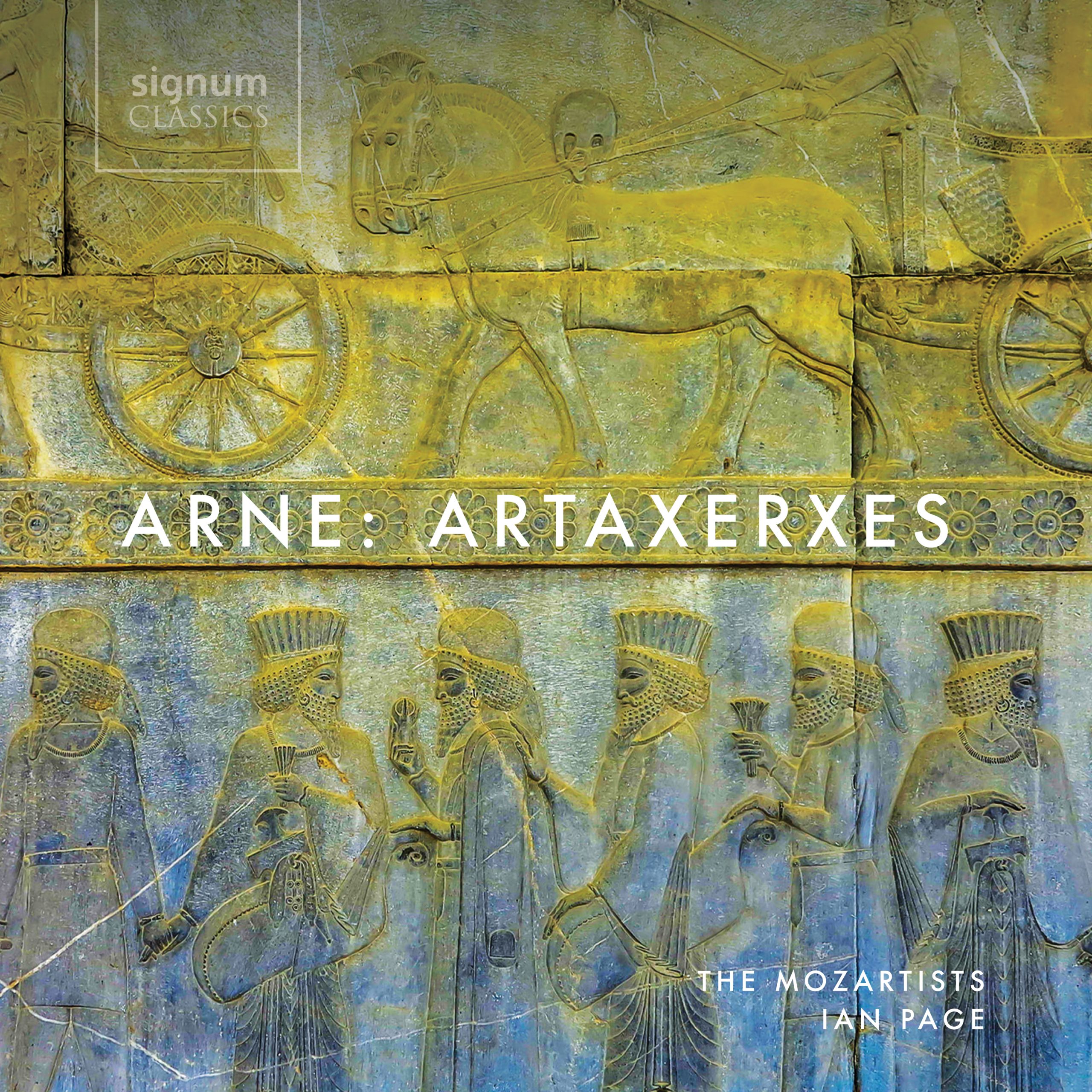 Arne: Artaxerxes by The Mozartists and Ian Page

“The performance is thrilling, with exemplary singing and playing.”
GRAMOPHONE MAGAZINE

Ian Page and The Mozartists are rereleasing their highly praised recording of Thomas Arne’s Artaxerxes on Signum Records, available from 14 May 2021.

Following critically acclaimed performances at the Royal Opera House in 2009, Ian Page and The Mozartists recorded Thomas Arne’s rarely-heard opera Artaxerxes in 2010. The opera was originally premiered at the Theatre Royal, Covent Garden in 1762, and the young Mozart almost certainly heard at least one performance during his childhood visit to London in 1764-65. When Haydn came to London in the 1790s he reportedly said that he “had no idea we had such an opera in the English language”. In November 2009, the Royal Opera House staged the opera’s return to Covent Garden after an absence of more than 150 years, mounting a fully-staged production created by director Martin Duncan for the Linbury Theatre.

Though the full libretto for Artaxerxes has survived through the centuries, the music for the recitatives and finale of Artaxerxes has been lost. This created an opportunity for Ian Page and composer Duncan Druce to create a new performing edition of Artaxerxes that completes the partially lost opera.

The plot of Artaxerxes is set in ancient Persia and shows the young prince Artaxerxes supporting his innocent friend Arbaces, who has been found guilty and condemned to death by the real murderer, his own father.

Ian Page said: “I am delighted that this recording – the first complete opera set that we made – is now being re-released on Signum Classics. I have very fond memories of performing the work, both in the recording studio and in Martin Duncan’s beautiful production for the Royal Opera, and the music has an irrepressible freshness and vivacity.”

Reviews from the Royal Opera Production in 2009:

“All credit to the Classical Opera Company for resurrecting a work brimming with delightful music… Page proves an engaging advocate of the score with his briskly paced but sensitive direction.”
The Evening Standard

“Ian Page, who prepared this restoration for the Classical Opera Company and its excellent orchestra, makes capital of what were at the time new-fangled novelties.”
The Independent

“Mezzo Cailtin Hulcup is a winsome Arbaces, whose love song over sustained violas and plucked basses could stand up to the best of Mozart.”
The Guardian

Reviews from the original album release in 2010:

“Christopher Ainslie is outstanding in the title role.”
The Sunday Times