Lena Belkina studied under Professor Roland Schubert at the University of Music and Theatre “Felix Mendelssohn Bartholdy” Leipzig. She made her UK début with The Mozartists as Filemone and Orfeo (Le feste d’Apollo) at Queen Elizabeth Hall, Southbank Centre. After winning the B. Gmyria, one of the most significant Ukranian singing competitions, she joined the Leipzig Opera. Her previous roles have included Elmira (Floridante), Etelia (Emma di Resburgo) in the Vienna Concert House, Carmen at the Bregenz Festival in 2017 and 2018, Rosina (Il Barbiere di Siviglia) at the Grand Théâtre de Genève, Nicklausse (Les contes d’Hoffmann) and Cherubino (Le Nozze di Figaro) at the New National Theatre of Tokyo. Other roles have included Elena (La donna del lago) at the Lausanne Opera and Maifestspiele Wiesbaden, and Olga (Eugene Onegin) at the Teatro Comunale di Bologna. Her concert engagements include Mendelssohn’s Walpurgisnacht in Bratislava and Mozart’s C minor Mass in Munich. Her exclusive contract with SONY Music has so far produced two recordings, her début album Dolci Momenti featuring belcanto arias, and her Classic Vienna album with works by Mozart, Gluck, and Haydn. In 2012 she sang the title role in a much acclaimed live video recording of La Cenerentola that was shown in over 150 countries. The 2018/19 season saw her perform at the Hessisches Staatstheater (Alcina), Theater an der Wien (Teseo, and The Maid of Orleans), the Teatro San Carlo (Katja Kabanova) and in concert productions such as the Tonicale Musik Event in Munich. 2019 also saw her compete at the BBC Cardiff Singer of the World competition representing Ukraine. 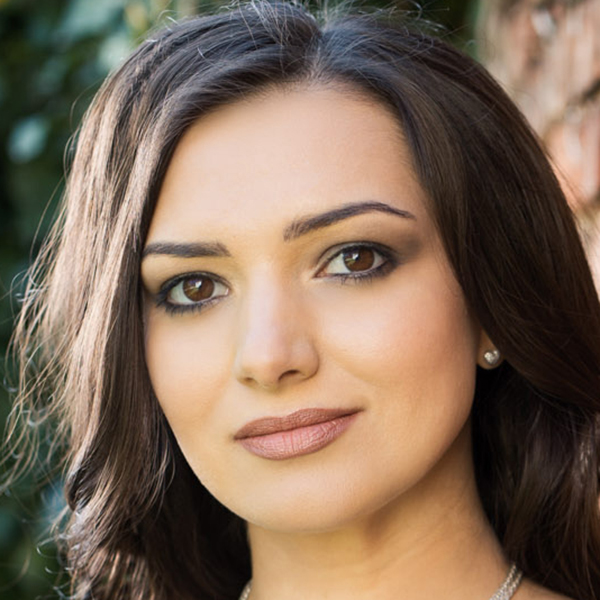